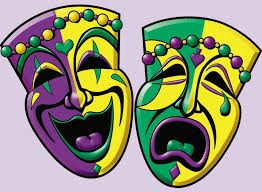 The Annual Mardi Gras Parade in Pearl River, Louisiana will be held on Sunday, February 12th, 2017.  The parade will start at 1:00pm and our theme this years is “Geaux Louisiana” (anything representing Louisiana).

The Pearl River Lions Club will sponsor the parade.  If you are interested in joining the parade, The Lions Club is asking for donations per entry as noted below:

As always, ALL proceeds from your donations will be sent to the Louisiana Lions League for Crippled Children in Leeville, LA. in the name of “Pearl River, LA. and the surrounding community”.  The cost of trophies, formerly covered by donations received, will be borne by the Pearl River Lions Club.  The deadline to register is Friday, January 29th, 2017.  Any entries after this date will be place at the end of the line-up in the order they are received, and will not be considered for competition.  Applications can be picked up at the Town Hall, 39460 Willis Alley in Pearl River.  Email all applications to pearlriverlionsclub@yahoo.com.

There are no events at this time.